I have a book cover!
One of my photos was selected to be the cover of “A Princesa Branca“, the portuguese translation of “The White Princess” by author Philippa Gregory. The image is called “The Queen” and shows model Karolin Etzel. It was taken during the “Real Shoot Experience: Vampire edition” in 2013. 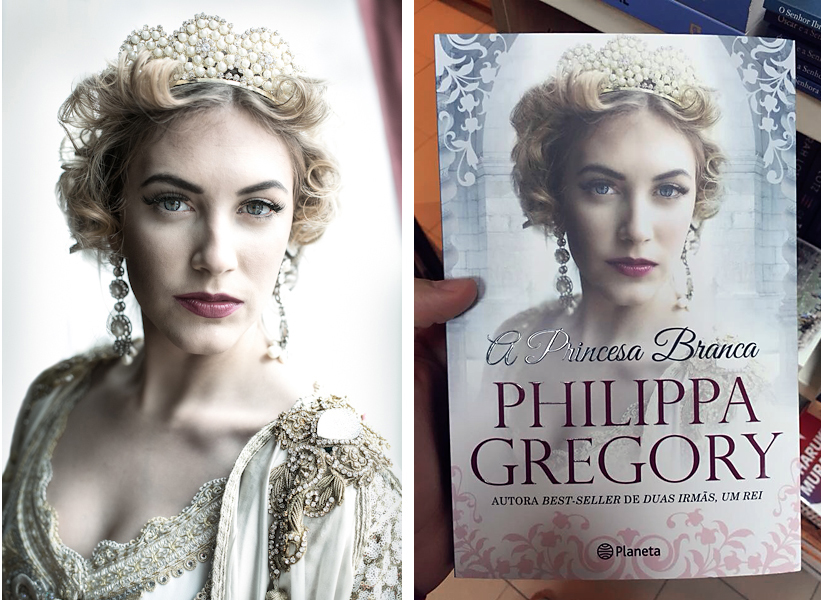 “There is nothing to fear,’ she says to me softly. ‘There is never anything to fear. The worst fear is of fear itself, and you can conquer that.’
‘How?’ I murmur. It feels as if I am talking in my sleep, floating down a stream of sleep. ‘How can I conquer the worst fear?’
‘You just decide,’ she says simply. ‘Just decide that you are not going to be a fearful woman and when you come to something that makes you apprehensive, you face it and walk towards it. Remember – anything you fear,you walk slowly and steadily towards it. And smile.”  — Philippa Gregory, “A Princesa Branca”

I’m honored and excited at the same time, since this is my first book cover! I take it as a quite special Christmas present and looking forward to more publishing opportunities in the future.